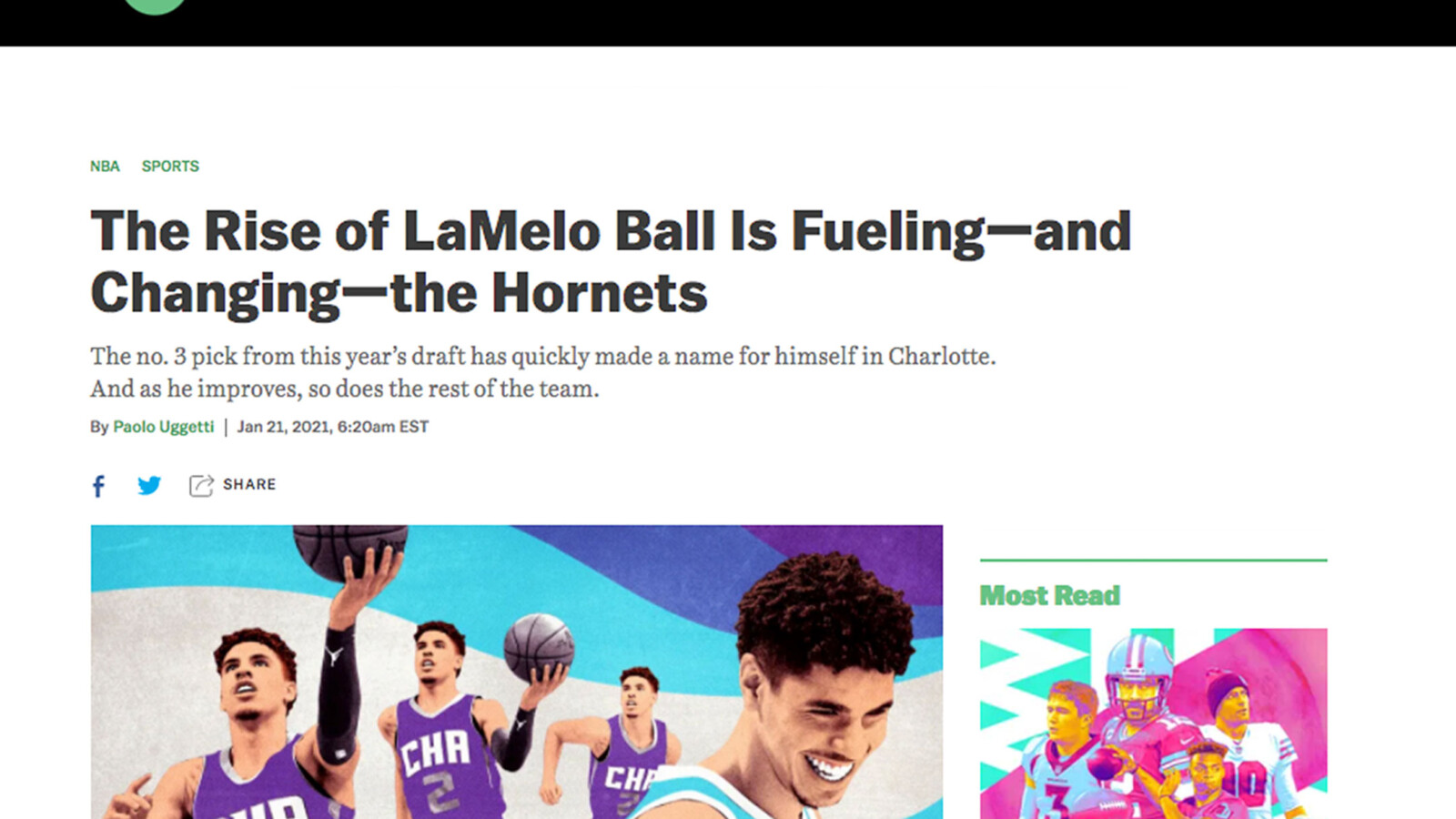 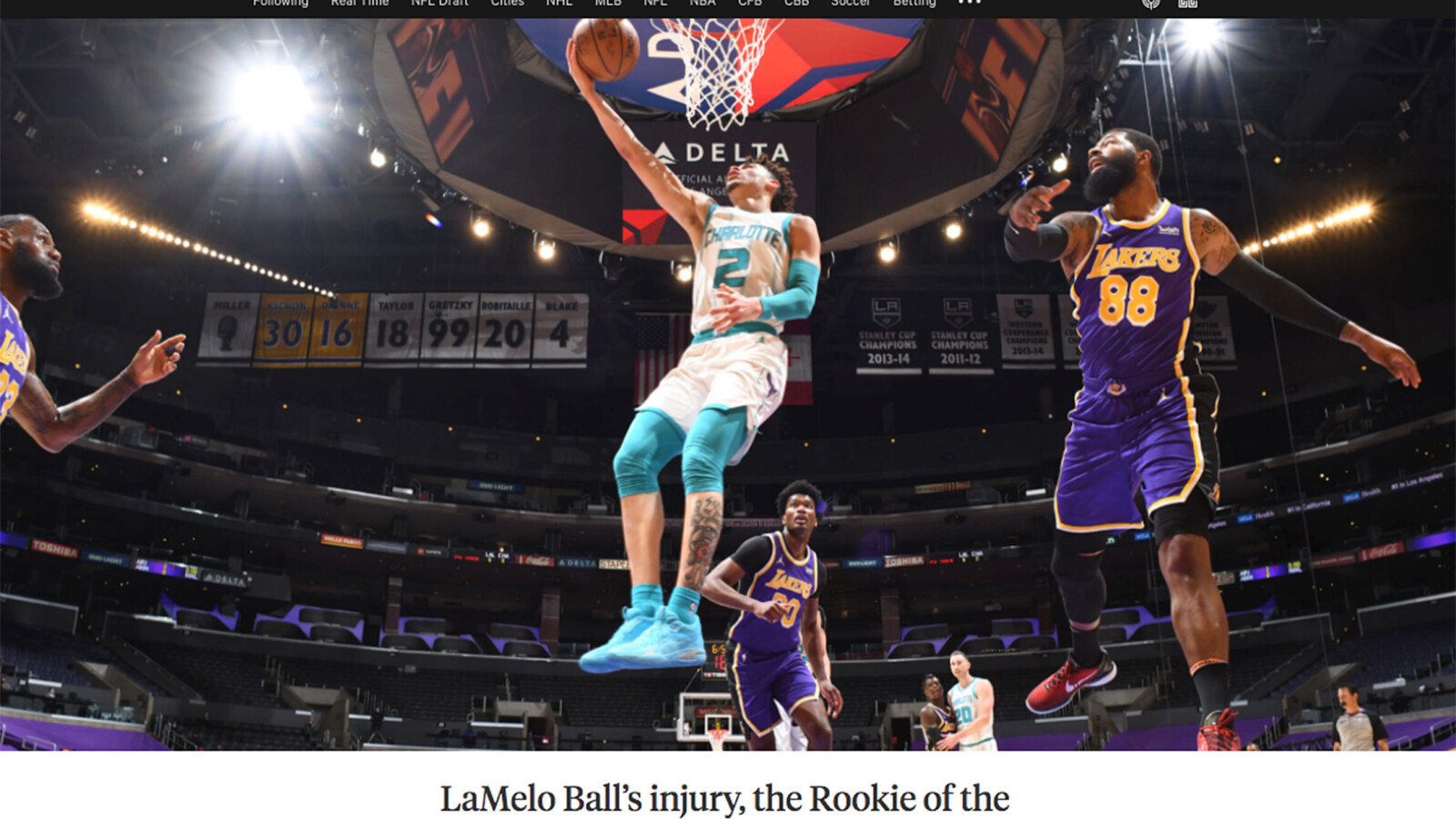 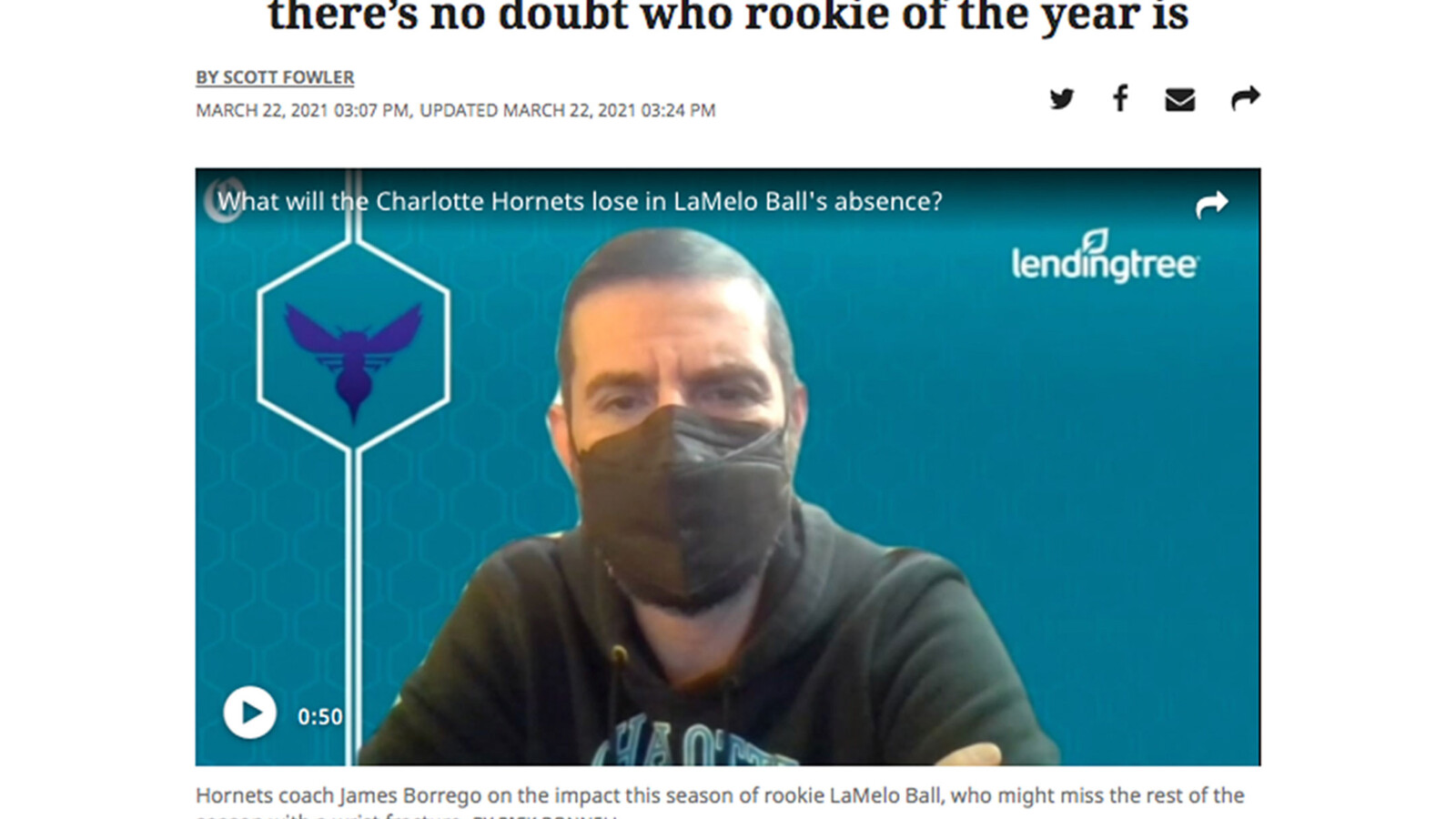 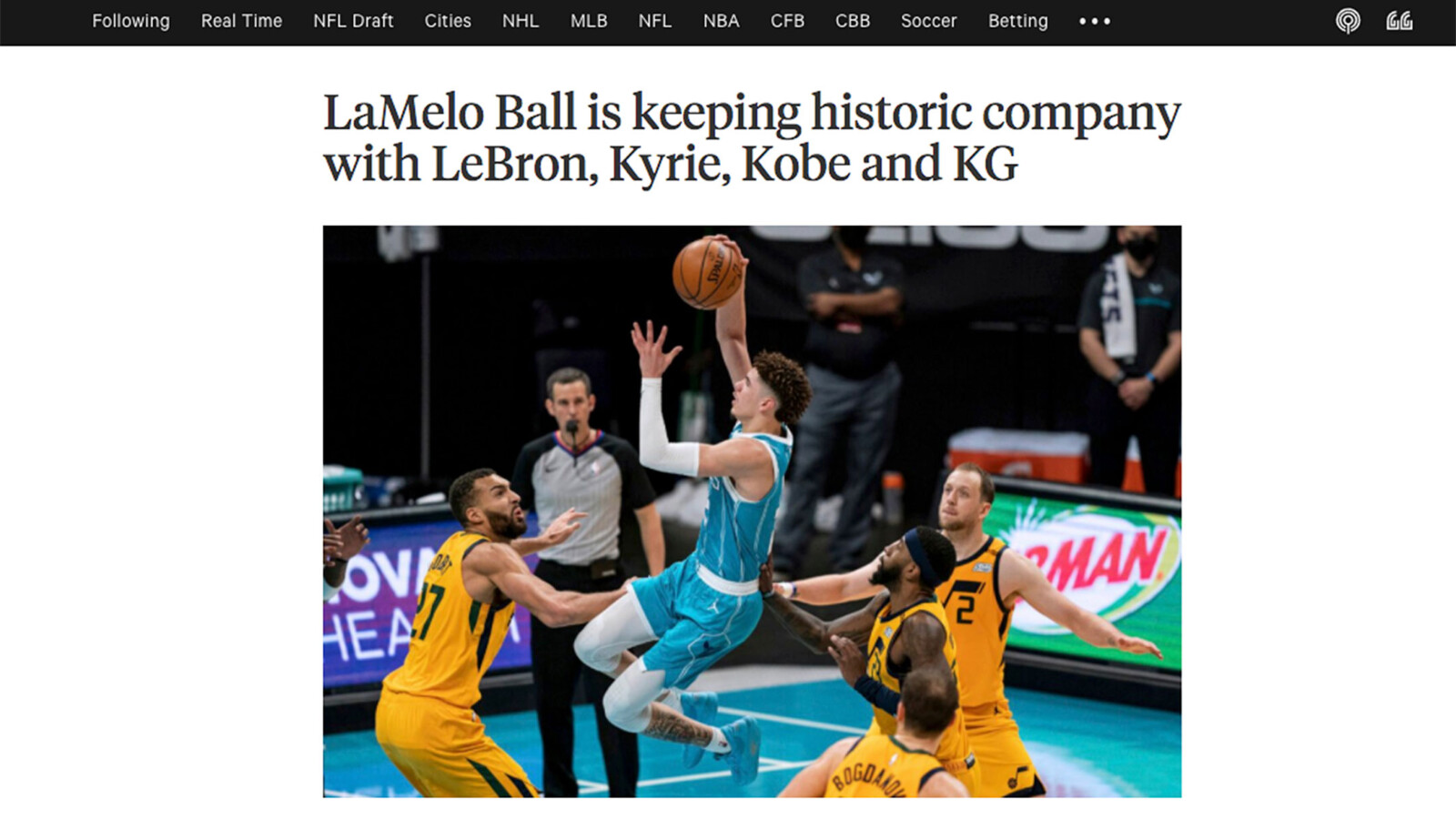 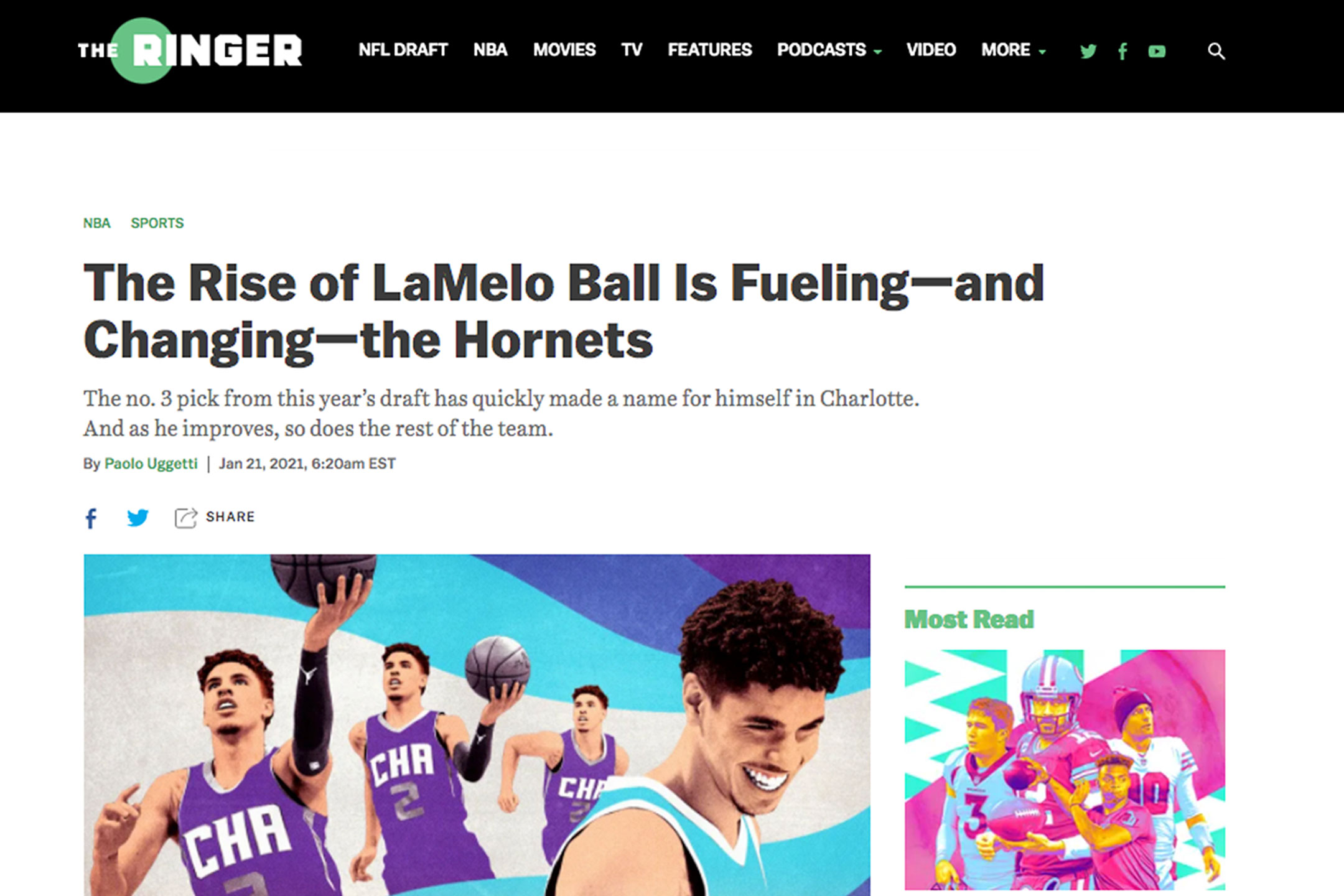 Just woke up and watched the Re-Air of @hornets win over @ATLHawks. Let me tell y’all something: @MELOD1P looks REAL. As in real special. Loves playing. He’s assertive. Aggressive. Look out. He’s finishing games already. He’ll probably be starting in a week.

Being the little brother of a famous family can be tough...which makes what @MELOD1P is doing in Charlotte all the more impressive, turning every game into an offer no Hornets fan can refuse... pic.twitter.com/CumXskh64s

The leading candidate for Rookie of the Year, LaMelo Ball, had 24 points, 10 assists, 7 rebounds in Charlotte’s 119-94 win over Houston! 🔥

Lamelo is a problem!

LaMelo will be a star. He has that "IT" factor.

LaMelo is so real. Love watching him play.

Congrats Brotha only up from here @MELOD1P 🤞🏽🦍

LaMelo Ball has become the youngest player in NBA history to record a triple-double.

LaMelo Ball is the youngest player in NBA history with at least 7 Three-PT FG in a game.@MELOD1P | #NBAAllStar | @hornets pic.twitter.com/NpN3FMOeig

There are only 5 players averaging 14/6/6 on 35% shooting from three this season. LaMelo Ball is the only rookie of the bunch. 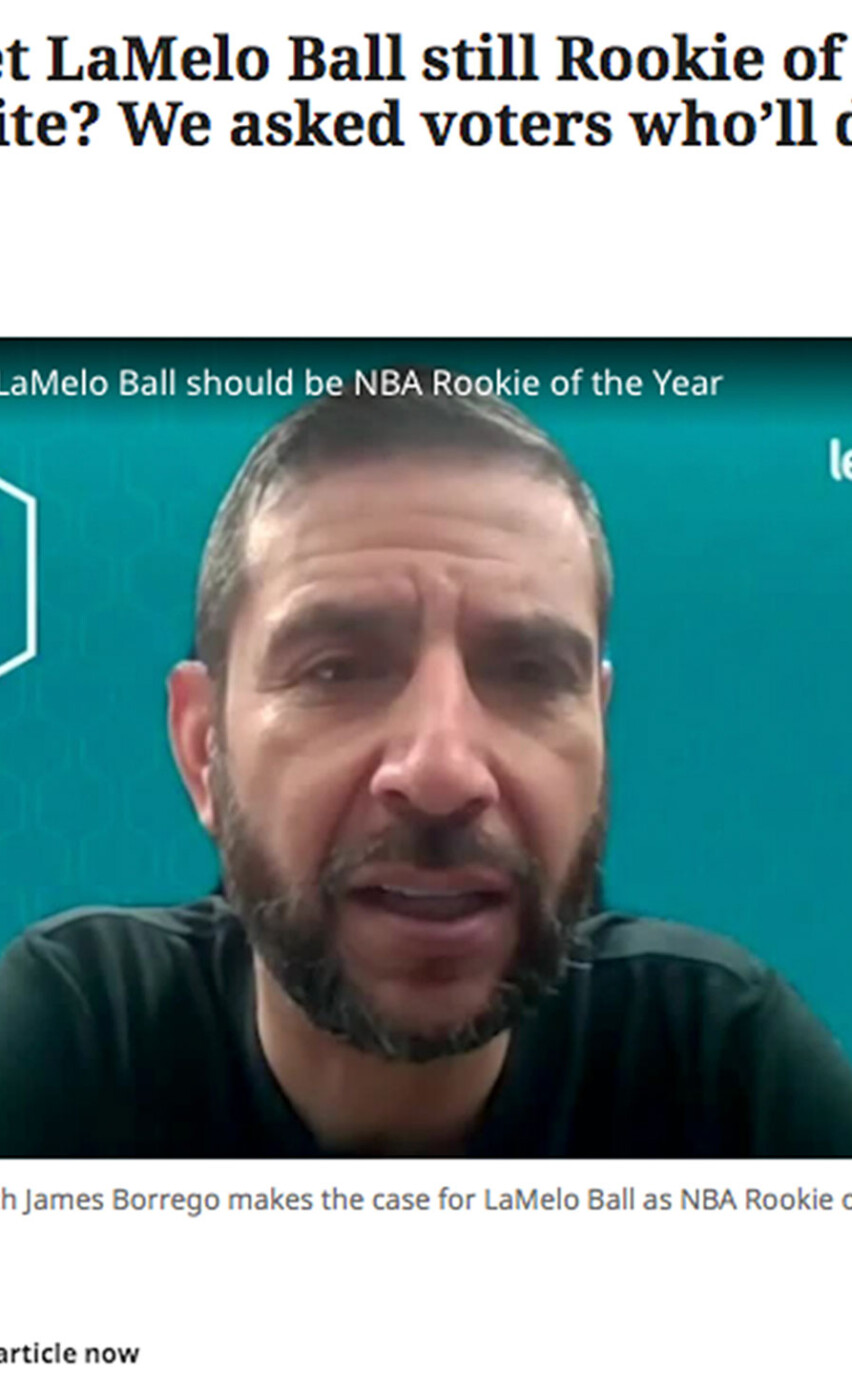 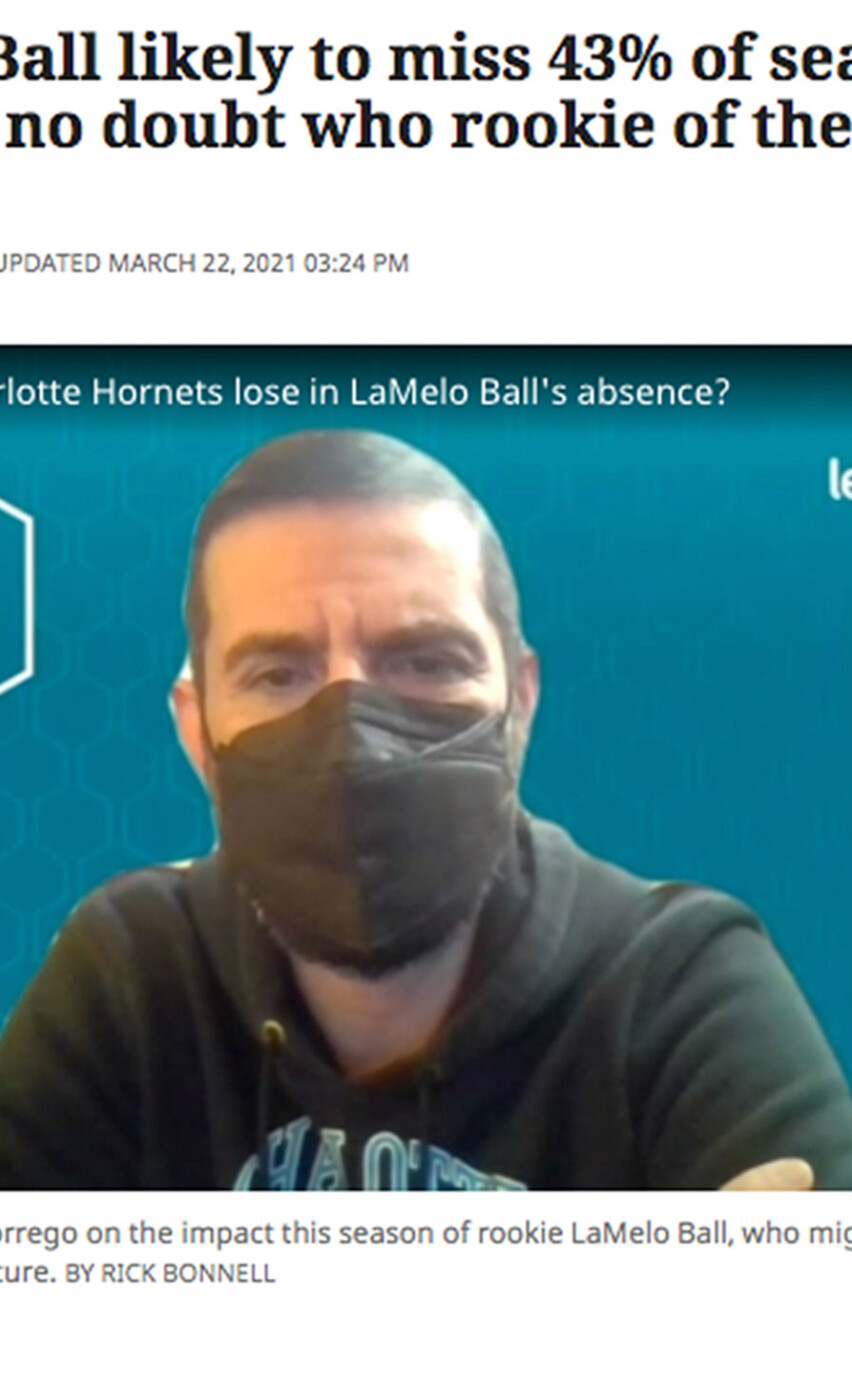 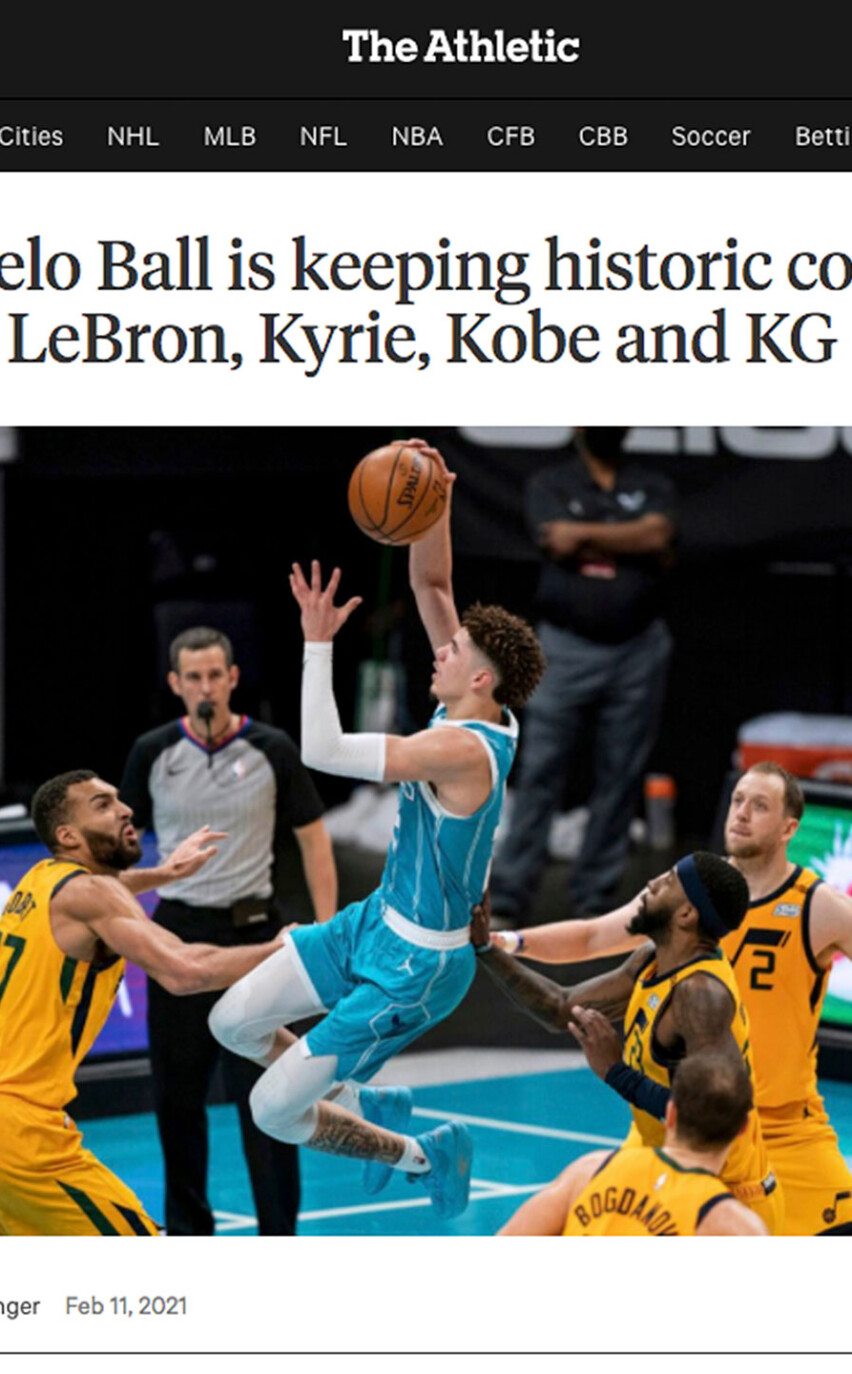 “His speed, his quickness, his ability to make shots at all facets – in the paint, floaters, threes, he has a three-tier already and he’s going to only get better. Every game is a learning experience for him. He’s going to get better and better as the season goes on, as his career goes on.”

“Melo is doing stuff that I expected him to do. He’s a tall PG who can pass, who can obviously rebound. He’s just a smart player.”

“He’s terrific. Right now, with the way things look, he looks like Rookie of the Year to me. He’s getting it done statistically, their team is winning, he’s got energy, he’s got a vibe, he’s got swagger. If you like watching players that play with flair, he’s right up there. He had a huge game against us (on Dec. 30). We have great respect for him. That’s about all I can say about it – the guy is getting the job done on the floor.”

“He’s obviously a really skilled player, he’s got a really, really, really good feel on how to play. He’s obviously an exceptional passer, he’s got really, really good length. I think from seeing him on film he plays with a great deal of confidence and belief in his abilities. I think as he continues like most rookies, to continue to get more and more experience and more and more playing time… get through the league at least once to get an idea of some of the people he’s got to defend… get an idea of how he’s defending, he’s only going to get better. I think for rookies like him and Patrick (Williams) where he’s been in situations where they’ve been getting significant minutes, I think with those guys’ talent levels they are only going to get better.”

“… (LaMelo) Ball is a problem as far as getting the ball up quickly, whether he’s making a play for himself (or others). I think one of his best gifts is to make others better with his passing ability. It’s going to be up to us to get our defense set so we don’t have to play against their transition tonight.”

Tim Bontemps of ESPN via the Obsever: “I think it’s going to be difficult for anyone to take this award away from Ball, who has been everything Charlotte could’ve hoped for — and then some — as a rookie”

“(On ESPN’s Top Under-25 List) … he and Luka (Doncic) are kind of in a category by themselves in terms of the category of genius level passers who can also hit shots from the outside…In fact, very few players who have ever lived have been as good as LaMelo at the age of 19.”

“And then, you ask yourselves, can you build a team around him that can maybe win a championship? Does he look like that kind of player? Yup. Does he have swagger, confidence? Is he the type of guy a team will follow? Yup. Can you see him winning an MVP in the future? Yup. Check, check, check.”

“Really, Ball’s rookie season is in a class that very few other players have hit statistically, and he did so while actually leading Charlotte toward a surprise contention for a playoff berth. Beyond the numbers, Ball actually has an effect on winning — something teenage rookies very rarely do.”

“All of that above — more the actual production than aesthetic observations — is why Ball would be the unanimous pick for the Rookie of the Year trophy if the vote was held today.”

“As a result, Ball has been more than just a thrilling infusion of hope for a franchise that has yet to win a playoff series in 16 seasons since being reborn via expansion: He has been a key part of getting the Hornets back in the playoff picture.”

“What that (injury) shouldn’t mean is that LaMelo Ball misses out on being named the NBA’s Rookie of the Year — an honor he once seemed destined to win in a landslide, and one he absolutely still should win.”

“Instead of putting up inflated scoring stats on a bad team, his passing skills have helped energize the Hornets offense; his pace has been infectious; and his rebounding has been a pleasant surprise.”

“Ball’s transformation into a star point guard in his rookie season has been remarkable to watch.”

“Ball has improved by leaps and bounds even from the start of the season … and at such a young age and with such obvious gifts, he appears destined to keep his upward trajectory for some time.

“However, there was one thing about the 2020 draft class that we’ve already gotten massively wrong. The narrative that there wasn’t that “one guy” at the top of this draft? Um, Ball is making that look ridiculous. He is unquestionably The Guy.”

“… rookie point guard LaMelo Ball, a 19-year-old warlock with endless peripheral vision and an unshakable desire to set up teammates in the most spontaneous, entertaining, experimental ways.”

“Ball is a natural showman whose best passes paralyze the game’s rhythm. They’re unexpected yet inevitable, a champagne-stained collage of no-look line drives, preposterous half-court lobs, and behind-the-back darts. It’s offbeat improvisation with a purpose. But in addition to knowing teammates are wide open before they do while kindling an attack that’s inclined to seek chances in the open floor, Ball also knows how to orchestrate sensible offense in the half court.”

LaMelo Ball – Rookie of the Year